North Hampton, NH – Lake Erie Biofuels, dba HERO BX, celebrated one year of business at their blending and distribution terminal in North Hampton in grand style by hosting an open house and appreciation event on Thursday, November 2, 2017. HERO BX invited customers and the community to share in the celebration and the HERO BX executive team spent the day extending their thanks for a very successful year.

In late 2016, HERO BX first launched the HERO BX Branded Bioheat® program to meet a demand in the seacoast residential and commercial heating oil markets as well as stretching into Maine’s frigid market share.  The HERO BX North Hampton blending and distribution terminal is the first of its kind in the region, enabling fuel oil dealers to procure biodiesel efficiently through customized blends from B2 to B80.  The terminal can store 5,000 barrels of heating oil and biodiesel, where the process is streamlined for the fuel oil dealer to be as easy as driving in, carding on and choosing to bottom or top load their truck to drive away with a blend that is accurate and reliable each time.  As a result, HERO BX Branded Bioheat® customers have the benefit of an industry-leading product every time.

“We made an investment in this infrastructure to get biodiesel into the hands of the dealers that were longing for it, and ultimately, the consumer,” said Tim Keaveney, HERO BX Vice President of Sales. “HERO BX wanted to expand its commitment to quality and earn the right to become a household name in the heating oil industry. And I think we’ve done just that.”

DFRE tankers hit the streets of the Northeast with daily deliveries to over 14,000 customers across three counties and began offering a low blend to their customer base when the terminal came online. After an initial trial period where no complaints were lodged, DFRE began making higher blends available and ultimately delivered a B20 blend to customers who chose the blended heating oil option.  A full season later, DFRE is back at the terminal with increased demand for HERO BX Branded Bioheat®.

Rick Card, CEO of D.F. Richard Energy, looks forward to another season, stating, “HERO BX has been way out in front of the Bioheat initiative, and with the terminal and our partnership, we provide a high-quality, domestically produced product to our customers.  We are already on track to surpass last season.”

Estes Oil & Propane knew customers were waiting for biodiesel to be available in their home heating oil in the region, according to owner Mike Estes.   The company then began delivering a B15 blend from the terminal and saw no service issues during the first winter.

“We wanted to give our customers a cleaner burning fuel option – they believe climate change is real,” said Estes. “We know, and they know, that putting as much blended fuel into our products and into their tanks is a win across the board.”

As HERO BX looks into the future of this industry, the terminal will have the ability to service both the home heating oil and transportation fuel markets.  Regional legislative initiatives are soon to expedite increased biodiesel utilization; reduced sulfur limits on distillate fuels come into play in 2018.  And HERO BX is ready.

“HERO BX will continue to distribute the cleanest fuel through a blend of ultra-low sulfur petro diesel and biodiesel,” said Keaveney. “Put it in your truck or put in in your home – its clean, its safe and it will be readily available.”

As a member of National Biodiesel Board, HERO BX sponsored DFRE for the program which was designed to match up to $10,000 of vehicle wraps or decals showcasing biodiesel and they were chosen as a winner.  DFRE CEO Rick Card and COO Ryan Jackson were on hand for the ribbon cutting as well as Kaleb Little, Senior Communications Manager at the National Biodiesel Board.

DFRE began using biodiesel in their own fleet after educating themselves about the benefits of the product.  “We’ve realized much less wear and tear on our trucks, especially with our injectors that were previously being replaced when we ran straight, ultra-low sulfur diesel,” said Jackson. Now utilizing a B5 blend, DFRE has very few problems and utilizes their own use of biodiesel as a public relations tool for their own customers.  “When we tell our customers that we use biodiesel in our own trucks, it gives them added confidence to use it in their homes.”

As the dawn of November traditionally signals the ushering in of cold weather and the beginning of Bioheat season, HERO BX Founder and CEO Samuel P. “Pat” Black, III, spent November 2nd thanking customers and community members for their support of the HERO BX terminal and HERO BX Branded Bioheat® Program overall.  HERO BX as a company is also celebrating a November 10 year anniversary at the main production facility in Erie, Pennsylvania.

“We knew that the Northeast home heating oil market needed a way to offer cleaner energy to customers. Otherwise, it was dying,” said Black. “HERO BX provides innovative, sustainable fuel technology that is paving the way for future generations along the seacoast and beyond. We offer fuel for humanity.” 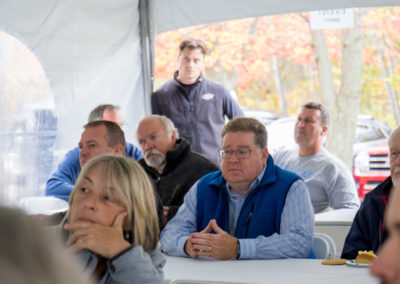 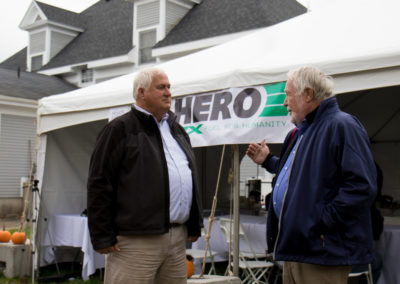 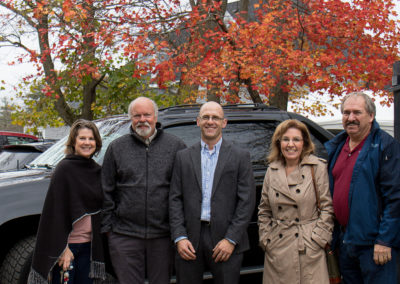 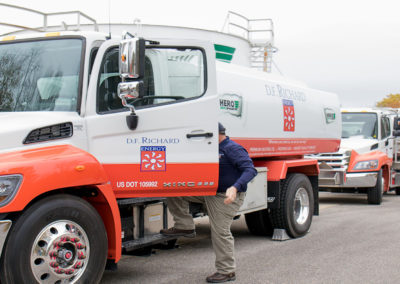 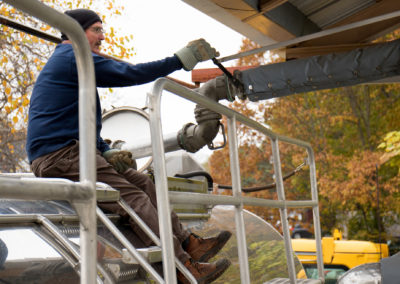 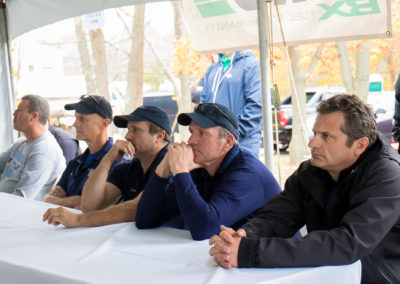 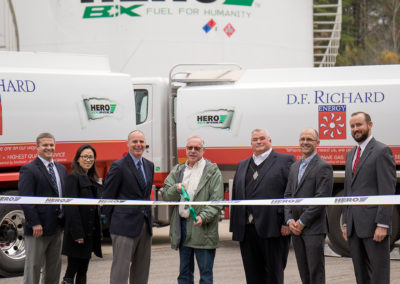 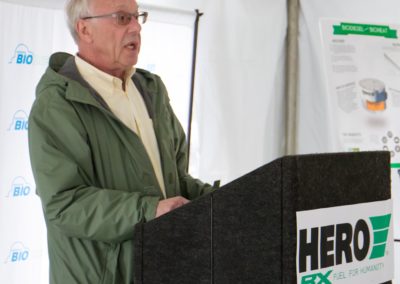 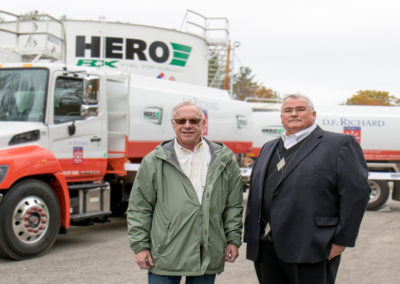